Back in 2014 my wife started the Butterfly Highway as a project that became the foundation for her PhD dissertation. She has now formed a nonprofit organization around that work to address aspects of environmental justice, community building, and conservation. If you stumble on this post please check out the website for the organzation.

Here is a link to read the story about the Butterfly Highway.

After using a Google Nexus 6 for almost 3 years I decided to upgrade my phone. I considered quite a few options including Samsung Galaxy S8+, Samsung Note 8, Pixel 2 XL, OnePlus 5, and of course the LG V30. So I tried to score them mentally against one another and all but the V30 lost points because of lacking support for LTE band 71, since I am on T-Mobile that would have to count for something.

Lost points because of the dedicated but in my opinion useless Bixby button. It did feature both a microSD slot and a headphone jack both of which I found important.

Is to me just a marginally bigger version of the S8+ but with a smaller battery to make room for the S-pen. Since I have no really use for the S-pen then that became a negative not a positive. I was really hoping this would be the first phone to support LTE band 71, when I saw it didn't it actually I felt the S8+ was a better choice.

To me the Pixel 2 XL is a LG V30 without headphone jack, microSD card slot, and no wireless charging. The quad DAC of the V30 has been replaced by a proprietary imaging chip. The phone does if I am not mistake take some of the best pictures for a cell phone but that is not really enough to make up for what it lacks. I couldn't help but ask myself why I would pay more for the Pixel for what I consider less. Stock Android and fast updates are a positive for this phone.

This phone was initially a strong contender because of the price. It had the headphone jack but lacked the microSD slot. I did however realize that once I had bought new Dash chargers for my car, my wife's car, office, home office, etc. the price savings would be significantly smaller, not only that but since my wife has a Samsung Galaxy S8 we would have to double up on chargers to since we could no longer share chargers and benefit from fast charging.

Ultimately the biggest downside to the V30 was that I had no real experience with LG for a cell phone. I could of course read reviews back and forth on the Internet regarding the V-series but that wasn't really helpful as people either seem to love a phone/brand or hate them. I also have stopped really caring about the reviews because many of them seem biased from the start. I finally just decided to go for it.

I have used the phone since the day it was released and I have very few complaints. I love the location off the power button/fingerprint  reader on the back. The phone is fast and I have had no software issues whatsoever. I actually like the screen a lot and I don't see any issues with the display being grainy as some people have complained about. My only complaint regarding the screen is the very aggressive power saving when running display brightness in auto mode. When it is very dark the the brightness goes too far down and the display looses contrast. I wish there was a way to tweak this in the settings without disabling automatic brightness adjustments altogether.

LG has made a strong product in my opinion. I was very apprehensive about this phone at first but now I am happy I took a chance on LG.

So I have had issues with getting email through to customers of Fusemail. All I get is this relatively useless message from comendosystems.com when I try to send them an email.

Now after some searches on various search engines you find that the domain is owned by comendo.com. So I tried to email hostmaster@comendo.com and support@comendo.com. Those emails were returned with the same error as above. So I resorted to my very little used Gmail account and decided to send support@comendo.com asking them to investigate the issue. I received a confirmation email from Fusemail support (so now comendosystems.com has become comendo.com which is really fusemail.com) that they had received my email. The following day I get a reply from Casper at Fusemail that they will not look into the issue because I am not a customer with them. If I want the issue resolved I need to contact one of their customers to have them raise a ticket with Fusemail. Anyone else see how useless that response is?

I did end up trying to email one of Fusemail's customers from my Gmail account. Not surprisingly the technical abilities of this customer was below average and only really resulted in added frustration.

I was successful in getting my server removed from their blacklist. I contacted them through their website using their contact support form https://www.fusemail.com/contact-support/ and they ended up removing my server's IP address as they could see it was an old entry. This leads to a new rant. We have at this point run out of avaliable IPv4 address space, that means that many new servers are using IP addresses that have previously been in use. So in my opinion you probably should auto expire entries in your blacklist. 6-12 months seems reasonable to me considering how many companies create and tear down VPS instances for customers.

On a different note I think it is rather bad that a company that specializes in email can't put in a proper decline message. That message should have clear instruction on how to contact them for further information and it should not require extensive detective work to find out who actually owns the server. These are things that I think people considering Fusemail should know. Several Fusemail customers lost our business because we couldn't get through to them via email.

So a lot has happened since my last post on this blog. - I quit my job at Danske Bank - I moved to Charlotte, North Carolina - I got a new job as a contractor with Wells Fargo Securities - I have sold my old Ford Focus station wagon (well my uncle Finn sold it for me) - I have bought a brand new VW Golf R - I had to give up on AT&T and my Nokia N9 (damn I miss that phone) - I replaced it with a Samsung Galaxy S3 (nice phone but not half as cool as my N9) Life is good in the US but of course I miss Denmark too. - I miss being able to wear jeans and a tshirt to work - I miss the weather (it is not supposed to be 23 degrees celcius in January) - I miss seeing snow - I miss being able to say whatever I want (my son got in trouble at school for saying "that sucks") - I miss Danish politics but at least I don't have to worry about what I am going to vote - I miss Danish driving rules (damn I hate all those friggin stop signs over here) - I miss my family. I miss being able to call them whenever I think of it, now I have to factor in time difference and crap - I miss my friends - I miss speaking Danish I do like it here but I am Danish and I believe I will always be Danish no matter how long I live in the US.
Tell this little fella that size doesn't matter. 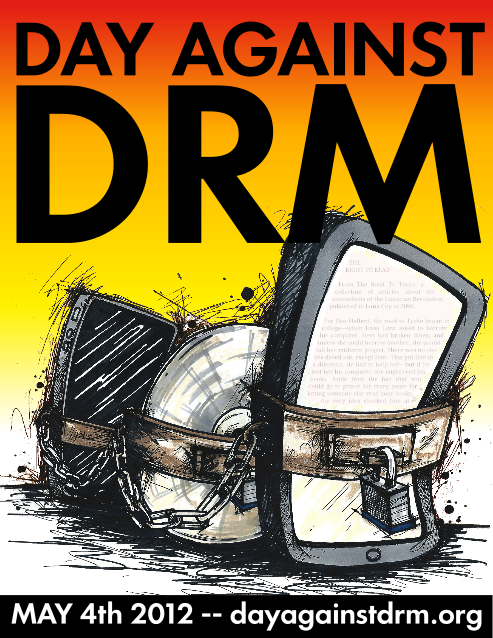 Been a while since my last blog post but this is important I believe. Why do I believe it is important? Because not only does DRM take away from our potential choices when we buy something DRM infected but it also promotes piracy. This may be a controversial statement but why is it that I cannot just put a blu ray disc in my Linux computer and view the damn movie when if I download the exact same movie from Pirate Bay (no I do not use Pirate Bay, I never have and I never will) it will play out of the box. It is time for the media industry to understand that DRM has not done anything to stop piracy of movies and music but only made it harder (in some cases nearly impossible) to be a law abiding citizen.
Today I received my Asus UX31 featuring a Intel Core i5-2557, 4GB of RAM and a 256GB SSD. Overall I love the looks and the feel of the machine. Of course the computer comes preloaded with Windows 7 Home Premium or something like that. I only managed to boot it into Windows once because I didn't realize that F2 was the right key to enter the BIOS setup utility. Then my fun started with getting Debian installed. I had a USB stick with a Squeeze (stable) 6.03 Netinstall copy on it. Only problem was that the kernel would not recognize the wireless card. Then I tried the USB-to-ethernet adapter that comes with the computer but that didn't work either since the kernel had no driver for the USB 3.0 port on the right side of the machine. After some fighting back and forth on my wife's Windows laptop I created a new Wheezy (testing) netinstall USB stick using unetbootin. The machine is currently installing but since I am on my mother-in-law's fairly slow DSL I will have to wait a couple of hours before writing more about how Debian Testing runs on it, hopefully I will be wrinting form that machine and not my wife's laptop. I have not decided if I should just go to Unstable or stick with Testing. We will see. I am sure there will be plenty of hours playing with my new toy to get everything working to my full satisfaction.
I supported this project with $25. I may be kinda cheap but I am also kinda broke.
So I went fishing for the first time here in Denmark on my own. I have been fishing in DK before but it has probably been 20 years. This was my first time fishing for sea trout and even though I didn't catch anything but seaweed I had a good good time. I went with the following setup. Pole: Abu Garcia Vendetta Reel: Abu Garcia Ambassadeur Orra SX Waders: Kinetec waders and wading boots Lure: Random Hansen lure (for sea trout) I really liked the Orra reel. It casts very smooth and I hope it will serve me well. I have read about some quality issues with the reel but I hope that wont be me. It has been a good experience fishing like this and I believe I will be doing this quite a bit more over the summer. Now I will just have to learn how to break apart and reassemble the reel for good and thorough cleaning and lubrication. Next time (hopefully tomorrow) I hope I will at least hook something that resembles a fish. :-)

"If knowledge can create problems, it is not through ignorance that we can solve them."
Isaac Asimov